Abstracts from the Guardian:

“Many families are facing a childcare crisis following a 75%slump in the number of young Europeans willing to work as au pairs, as Brexit, plus other factors such as last year’s terrorist attacks in London and Manchester, deter young people from coming to the UK.

May, June and early July are when most au pair placements are arranged, before the beginning of the school term in September, but Guardian Money has learned that some agencies are unable to find a single young European for British families to even interview.

One leading au pair agency told Money that there will be “a pile of people” left without an au pair – suggesting that some families, including single parents, who rely on this form of childcare may be forced to rethink their work arrangements.

While families who have an au pair are often characterised as well off, agencies say many are “ordinary” people such as doctors, nurses, firefighters and academics who work long hours, have long commutes or do not work nine to five, which means breakfast clubs and after-school clubs often do not benefit them. An au pair can be an affordable alternative to employing a nanny.

An au pair is a young person, usually female and under 25, who lives with a host family and generally helps with childcare, light housework and the odd bit of babysitting for up to 25 to 30 hours a week. This is done in return for full board and lodging and “pocket money” of typically £80 to £100 a week. Many families also contribute towards the cost of English language classes and travel.

Many come from countries such as Germany, France and Poland, and during their stay they improve their English and learn about British culture from their host family, and share their own culture with them.

Across the members of the British Au Pair Agencies Association (BAPAA), there has been a 75% drop in the number of applications from Europeans to join British families since the 2016 referendum, say one of the Director’s of a British agency. She says many agencies are having to tell new families that are enquiring about au pairs that there is no one available.

She explains: “We usually place oodles of Germans [but] I think we’ve had about two, maybe three. They come in their droves, but not this year.” Meanwhile, Italians “are opting to go to China for their au pair experience”.

BAPAA chair “At the moment I have 78 families looking for an au pair, and I’d say 50% of those are not able to interview anyone yet because I haven’t got the applicants.” She is hoping that a campaign that has been launched with the hashtag #SaveAuPairs may bear fruit.

The Chair, says she recently talked to a single working mother who says she wouldn’t be able to manage without an au pair. The woman was keen to have someone who would start this autumn and work through to next summer, but felt she had no choice but to accept an au pair who can only stay until mid-March next year because she feared that if she said no, she would not get anyone.

“There will be a pile of people at the end of this session who won’t find one,” warns the Chairperson. The campaign is calling on the UK government and its counterparts in Europe “to make clear and unambiguous arrangements that ensure the door stays open for young people throughout the EU to make extended visits to the UK”, and vice versa. It says au pairing requires clear provision in immigration law, but at the moment “there seem to be no plans for such arrangements in any Brexit proposals”. There is a website, saveaupairs.uk, and more than 20,000 people have signed a petition on the Change.org site.

The slump in au pair applications is largely being blamed on a perception that Britain is now “anti-foreigner”, as well as general uncertainty about people’s right to stay in the UK. Recent terrorist attacks and the high-profile case of a London couple that were found guilty last month of murdering their French nanny may also have played a part.Officially, au pairs are unlikely to be classed as a worker or an employee. They aren’t entitled to the minimum wage or paid holidays, and are usually exempt from paying income tax and national insurance. 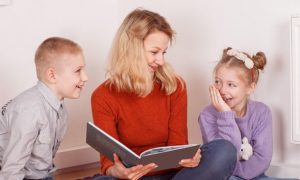